Yahoo has just announced its new "aggressive strategic plan", where it has announced a slew of new products and a new way to tackle Google, Microsoft, and Apple. Wait, no they didn't - their strategic plan involves culling 15% of its workforce (1700 people) and closing down 5 offices around the world. 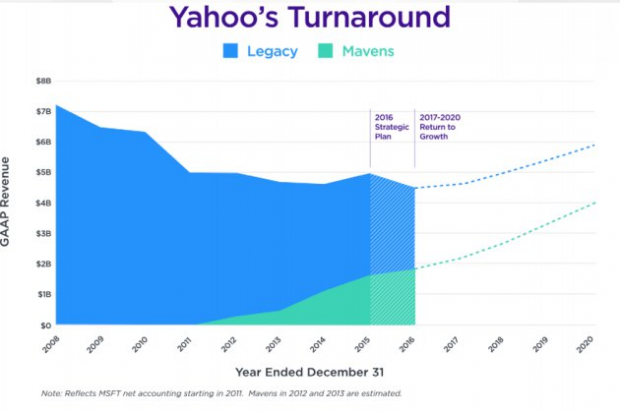 The company will be closing its offices in Dubai, Mexico City, Buenos Aires, Madrid and Milan, with the layoffs leaving the company with 9000 staff by the end of the year. Yahoo's goal is to reduce operating costs by $400 million as we go into 2017. During its recent quarter, Yahoo pulled in $1.27 billion in revenue, but had a massive write-down of $4.5 billion. Yahoo CEO Marissa Mayer said in a statement: "today, we're announcing a strategic plan that we strongly believe will enable us to accelerate Yahoo's transformation. This is a strong plan calling for bold shifts in products and in resources".

When Mayer took over at Yahoo, she said the company was full of legacy businesses and a declining revenue stream that had to be stopped. Its Mavens (mobile, video, native and social) side had a revenue source that had an "incredibly fast growth line of business". Mayer also noted that Yahoo needs to engage its users, and double down on its top businesses: Search, Mail and Tumblr.