With Star Wars continuing to make huge profits at the box office, Slashfilm visited the Sundance Film Festival and tried out Lucasfilm and Disney's experimental New Frontier showcase that has been there in a bigger presence over the last few years, but this year Industrial Light & Magic joined in on the VR fun, teasing their new experimental work from the ILM x Lab.

ILM were showing off a project they call Holo Cinema, which Slashfilm explains: "which is basically an installation that lets you step into the world of Jakku from Star Wars: The Force Awakens. But this isn't just another Oculus VR demo. Instead, it's presented using projections on the walls and floor that are synced up to your point of view using 3D head tracking. It's hard to describe exactly what this looks like, and even the videos can't accurately explain it. But the feeling is that what you are seeing is really in the room with you. BB-8 rolled around me, I could kneel down and look into his droid eyes. I walked around C-3PO".

This is all the tip of the iceberg, too - as they explained to Slashfilm that Holo Cinema is "just one of the many things they were developing at ILM x Lab. The experience is more augmented reality than virtual reality, although it sounds like ILM will be working on many VR experiences to be released in the coming years". The company plans on working with big-name filmmakers and screenwriters on future VR content for Star Wars experiences.

ILM says that big-name filmmakers are excited to get involved, as they're able to tell stories using the new 360-degree/VR medium. ILM isn't ready to provide any dates, directors, or writers that they've been talking to - but we're sure that these details won't be too far away. For the full story, check out Slashfilm's article. 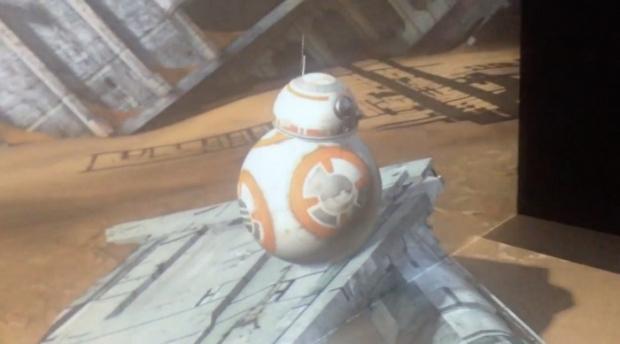