UPDATE: Sony has just announced the full PlayStation Plus lineup for PS3, PS4 and PS Vita, which can be found below.

Sony has yet to reveal next month's free PlayStation Plus games, but the cat's out of the bag thanks to a leaked advertisement on Sony's PlayStation Store. 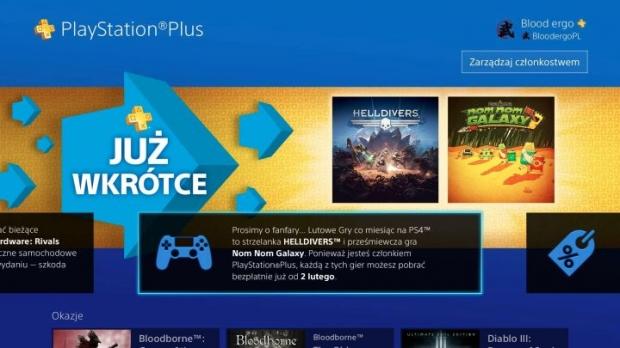 The circular didn't show off the free PS3 or PS Vita games, so we'll have to wait for confirmation for those. Checking the free PS4 PS Plus games every month feels like spinning the lottery, and most people assume it'll be more indies. Remember indies aren't necessarily a bad thing, and Helldivers is actually pretty damn good, providing some intense co-op action that'll keep you busy for quite some time. Be sure to check the trailer below to get a feel for the game.

We'll be sure to update this post once Sony officially announces the full PS Plus lineup for February.