Another quarter, another slew of trucks backing up to Apple's HQ and dumping piles of money. Apple profits have gone through the roof for the past three months, surpassing the record-breaking quarter Apple enjoyed in Q3 2015. 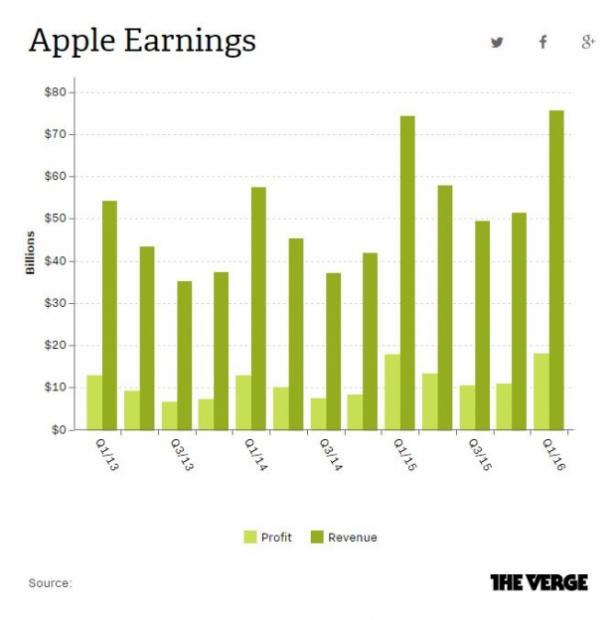 Apple's Q4 2015 was magical, with $18.4 billion in profits from $75.9 billion in revenue. Apple noted the inflated profits and revenue to the average sale price of its best-selling devices - the iPhone, iPad and Mac - was also a record high, boosting Apple's margins to 40.1%. The company has also predicted its Q1 2016 results, where it's expected to hit $50-$53 billion, down from the $58 billion it pulled in during the same time last year.

Considering Apple only launched one new devices during the quarter, the oh-so-meh iPad Pro, it's surprising Apple did so well. But then you consider the insanely popular iPhone 6S and iPhone 6S Plus smartphones, and it begins to make sense. Apple is also seeing a decline in orders with its suppliers, but of course, Apple didn't talk about that with its earnings release - for obvious reasons.