Counterfeiter operations are clearly getting increasingly sophisticated, as evidenced by a shipment of fake Fitbit activity trackers from Hong Kong, which looked apparently very close to the genuine article. 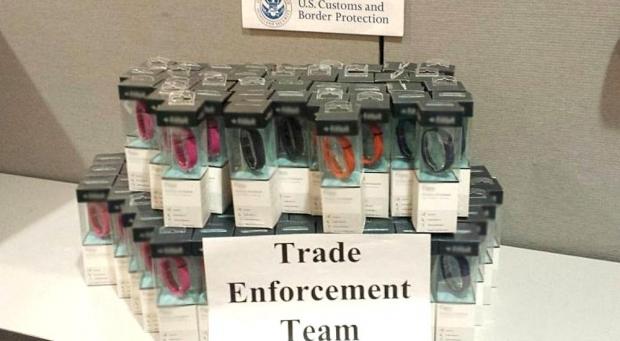 According to a press release issued by the U.S. Customs and Border Protection who seized the shipment of counterfeit Fitbit watches, the collection of 350 devices had a street value of around $35,000 USD and were intercepted due to their copyright breaches. Susan Stranieri, CBP Port Director for the Area Port of Philadelphia said "Customs and Border Protection will continue to work closely with our trade and consumer safety partners to identify and seize counterfeit and substandard merchandise, especially those products that pose potential harm to American consumers. Intellectual property rights enforcement is a CBP priority trade issue, and a mission that we take very seriously."

Probably bound for the likes of eBay, prospective Fitbit purchasers would be encouraged to look at legitimate outfits only - they're much better that way.