SAPPHIRE has just unveiled the best Radeon R9 Fury yet, with its new Nitro Radeon R9 Fury, something it says is "faster and quieter than any competing product". 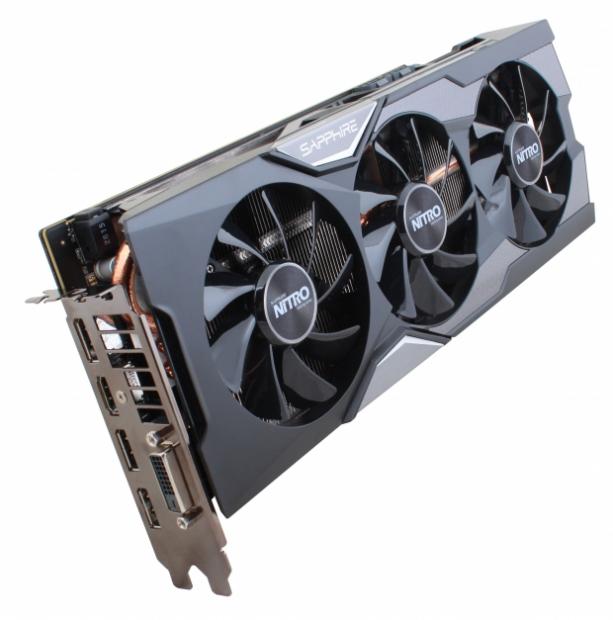 The Fiji Pro-powered Nitro Radeon R9 Fury has 3584 stream processors, with the GPU overclocked to 1050MHz. The included 4GB of HBM has the usual 4096-bit memory but resulting in 512GB/sec memory bandwidth, ensuring smooth performance in the latest titles.

SAPPHIRE's new Nitro Radeon R9 Fury features the company's impressive Tri-X cooler, something the company calls "the most efficient cooling solution ever built by the company". The GPU and core components are cooled by a solid copper plate and a slew of copper heat pipes, including the industry-leading 10mm one.

3 x 90mm fans are used, each with aerofoil section blades and dual-ball bearing hubs which will ensure your Nitro Radeon R9 Fury will have years of gaming ahead of it. At its default position, the SAPPHIRE Nitro Radeon R9 Fury has a 260W TDP, with a target GPU temperature of 75C. But, in its performance position, this is increased to 300W, with a target GPU temperature of 80C.

SAPPHIRE's Nitro Radeon R9 Fury is available now from select etailers and retailers across the world.