It takes a special type of editor to produce such a stunningly crap-tacular trailer, but someone behind the upcoming 'Rush Hour' reboot series which hits CBS in March did just that. I should have known it was off to a bad start went it proudly described the Jackie Chan/ Chris Tucker series as "one of the most popular movie franchises of all time". Anyways, make up your own mind.

Neither Chan nor Tucker reprise their roles here, instead Jon Foo and Justin Hires inhabit the roles of Lee and Carter. I mean, what. You couldn't even think up new names? But never fear - fan favourite director Brett Ratner is on board to executive produce. 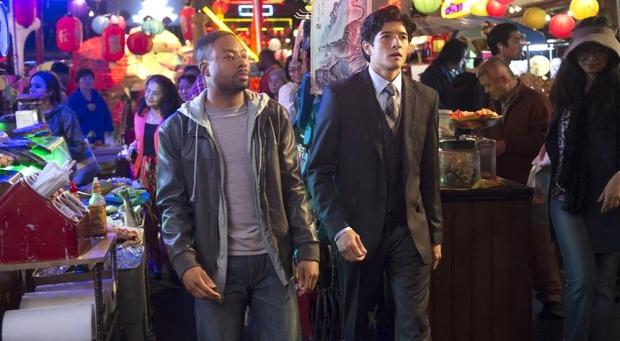 As much as I love a good sequel, sometimes I despair that all the good ideas have been done already. 'Rush Hour' proves it.