BlackBerry recently indicated it would be dropping the price of its Priv debut Android smartphone and now Canada is the first to see it in action. Carrier Sasktel is currently selling it for $249.99 CAD ($180 USD) with a two-year contract, a 38% cut over the previous $400 CAD (about $290 USD). 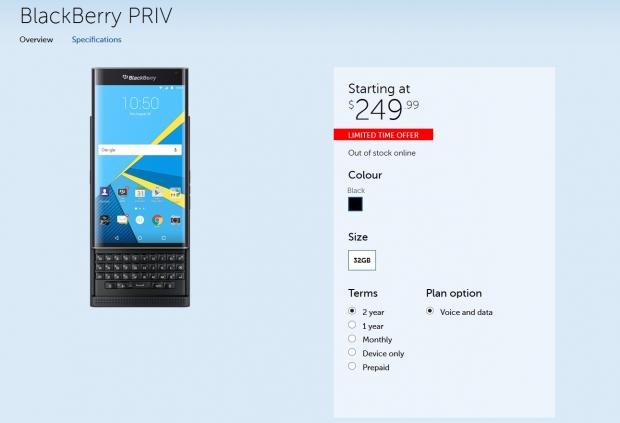 You don't have to live in Saskatchewan to buy it as the phone can be purchased online, although currently it's out of stock on the website. We've contacted Sasktel for comment on whether stock will be replenished soon and will update this story if we hear back.

The price cut is expected to hit other regions, although when we can't say.

If you are considering picking up the phone, know that BlackBerry said last week it may have a second Android phone in the works.