A well-renowned data miner that's skilled in the art of dismantling and exploring the inner depths of game-files has uncovered ample evidence that story-based DLC is actually a real possibility in GTA V. 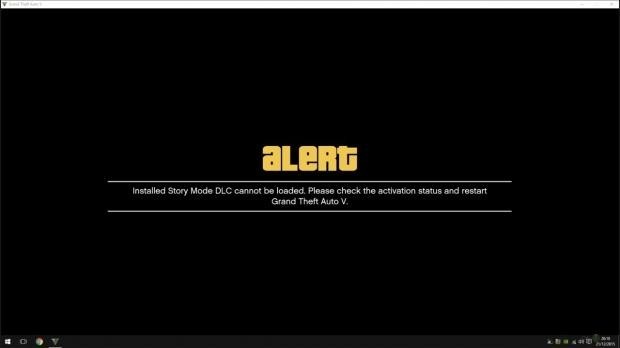 LondonTown2004 found some evidence of a DLC management system that could be making it's way to the game in the near future. Among the positive pointers are a modified pause screen with a bright blue "DLC" label, and a new alert screen (seen above) that mentions Story Mode DLC not being installed. He was able to find this by accessing a QAB server used by Rockstar, which may not have been the most legal action to take.

There was also evidence found that there could be more than one DLC, both free and premium, due to the sly data miner running into a separate screen telling him that his non-existent DLC wasn't authorized and had to be purchased.

GTA V was originally supposed to receive some kind of single-player story-based DLC to supplement the already enormous and wild narrative, but the focus has been solely on bolstering the online experience, and we've heard nothing but rumors and musings of something on the horizon, but no confirmations. In fact, it had almost seemed like such a thing wasn't going to become reality at all. Until now that is.