The team over at University of Washington has been playing around with real-time tracking of fingers in the VR world, thanks to the power of magnets.

Oculus is working with the University of Washington to develop a magnet and sensor combination that will allow natural use of your hands in the VR world, instead of using sticks or gloves that requires line of site. The project is called Finexus, which uses magnets that are the size of fingernails, which are placed on top of a user's fingertips.

From there, they can determine the exact location of your fingers in the 3D space. The magnets claim to be accurate up to just 1.3mm, too. They don't require a line of sight with a camera, so they can be used for nearly anything, and in endless positions or body orientation. If the Finexus project ends up becoming real, which I think it will, it could be a very natural input device for VR, and especially the Oculus Rift, since the Facebook-owned VR startup is involved. 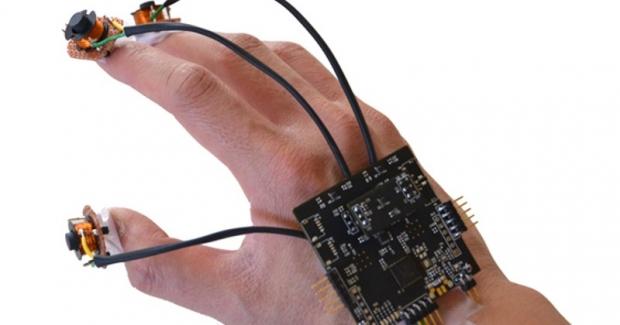