If you're currently rocking a non-K Intel Skylake processor and are interested in doing a little overclocking of your own, ASRock might just be the next motherboard manufacturer for you. 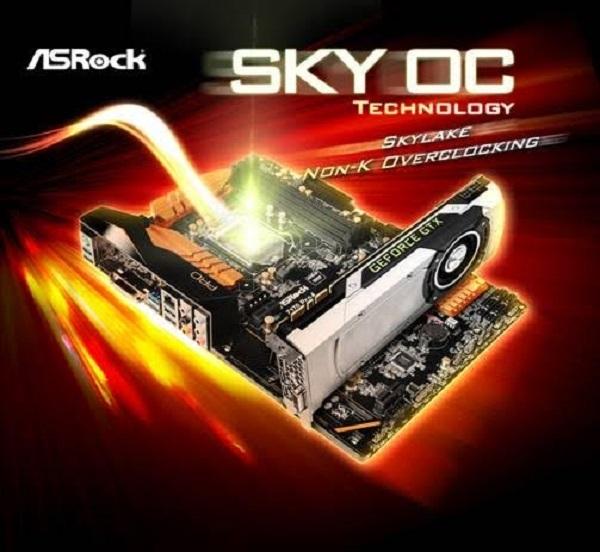 Providing what ASRock has named in its recently issued press release as "a nice Christmas present for the overclocking community named SKY OC," this new SKY OC technology means that you're able to update your BIOS through the official ASRock website and play around with overclocking values on various Intel Z170 chipset processors, including Intel i7, i5, i3 and Pentium chips.

This update has been tested in-house on an Intel Core i5-6400 processor, with MSI engineers being able to push a 60% frequency boost out of the chip, sitting on an ASRock Z170 Pro4 motherboard. As with most great news, there are also some minor negatives, explained by this Taiwanese manufacturer as coming in two forms. Firstly, the Intel onboard graphics will be disabled when SKY OC is running, meaning you'll have to run a video card, in addition to the CPU Turbo Ratio and C-State becoming disabled when using this new technology.

While it's cool that ASRock has opened up overclocking for all to try, please do remember that you should be well educated before tinkering and possibly ruining your hard-earned tech. 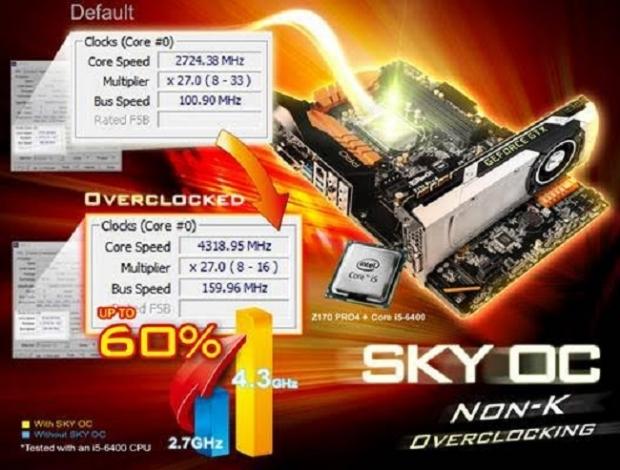