According to the latest rumors, Intel is positioning itself for a new NUC launch in Q1 2016. Intel has teased that the new NUC is "the most powerful NUC yet... now with Intel Iris Pro graphics" and that it's "coming Q1 2016". 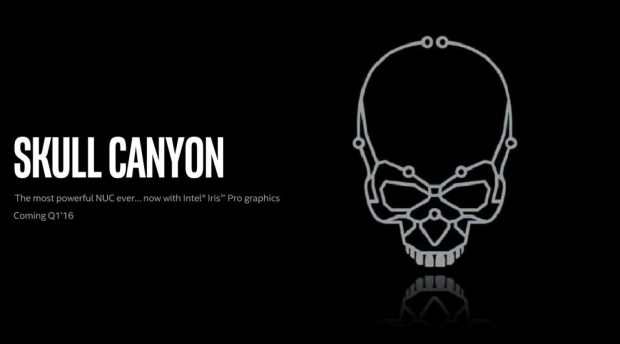 Now, Q1 2016 is an interesting time frame because we have the Consumer Electronics Show kicking off in early January, but Computex is in Q3. As for the NUC itself, it should rock Iris Pro 580 graphics on the flagship Skull Canyon-based NUC. Intel's Iris Pro 580 graphics features 128MB of eDRAM (which acts as super-quick L4 cache) and houses the 72 Execution Units (EUs) on the die itself.

We're expecting the core clock on the chip to hit 1GHz, but it could change closer to release. If we put this into perspective, we're looking at similar graphics performance to NVIDIA's GeForce GTX 750. The new Skull Canyon NUCs should sport Intel's Skylake-U series processors, replacing the Broadwell-U series parts in the current NUC lineup.