Apple has just released its new performance-driven, massively-screened iPad Pro out into the world, and iFixit has promptly cracked open its case to muss around in its mechanical innards. Unsurprisingly, the tech gurus find that the iPad Pro is quite tough to repair, joining its Apple-branded kin in the "nightmare for DIY repairs" category.

For all of its promises of "PC-grade performance" and high-tech hardware upgrades, the iPad Pro has scored quite low on iFixit's repairability scale. The 12.9-inch tablet has been awarded a paltry 3 out of 10, managing to score a whole two points higher than the truly terrible 4K 21.5-inch iMac. It's quite clear that Apple's new hardware wasn't meant to be repaired by its owners.

What makes the iPad Pro so maddening for would-be repair artists? Well, for starters the LCD panel is fused to the front-facing glass, a disconcerting new trend that pretty much ensures costly repairs--and raises the risk breaking while opening the device. Secondly, the iPad Pro uses an inordinate amount of adhesive to keep everything fixed in place. Lastly, the Smart Connector--which connects the iPad Pro to an external keyboard--is extremely hard to remove, meaning DIY repairs are very unlikely. 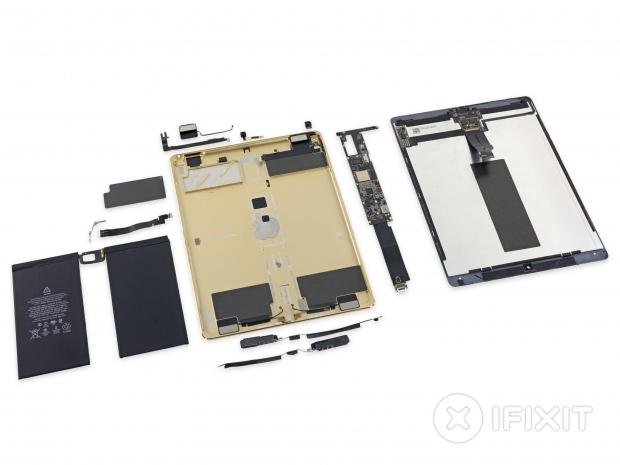 Even with all those cons, the iPad Pro does have a pretty great advantage. Users can now easily swap and replace the iPad Pro's battery as it's not soldered to the logic board. Apple even applied helpful tabs to easily pull the batteries free from their housing. This pro went a long way with iFixit and is pretty much the only reason the device didn't score even lower.

Apple's iPad Pro isn't the only modern device to score poorly on iFixit's scale. In fact the iPad Pro's competitor, Microsoft's highly-touted Surface Book, scored an abysmal 1 out of 10. Yet another popular device to get axed by iFixit is Huawei's super-popular Nexus 6P handset, which scored an awful 2 out of 10 due to an incredibly complicated repair structure.

Interestingly enough the iPhone Pro has already been hit with a substantial hardware fault during its brief release window. According to a growing post on the Apple Support forums, the iPad Pro will freeze up while it's being charged and can only be fixed by a hard reset. If Apple's going to charge up to $1049 for a tablet, don't you think it should be able to function correctly?

If it's one thing that iFixit has shown us, it's that as technology continues to get more efficient and powerful, manufacturers are continuing to cut corners while deliberately making their devices more reliant on costly factory repairs. 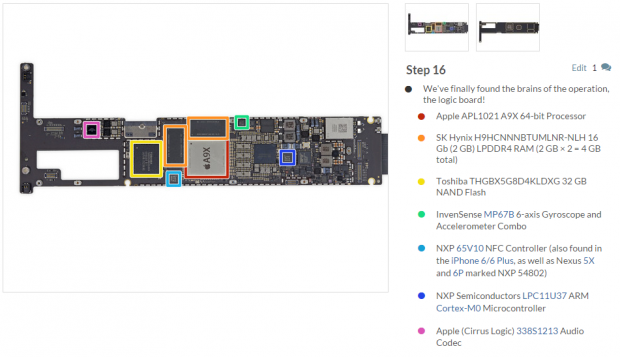