HP has just announced its new Envy Curved All-in-One PC, slapping an entire PC into a 34-inch curved UltraWide monitor. The 21:9 aspect ratio looks beautiful on the new PC, with HP claiming it's the world's widest curved AIO and the first to receive Technicolor certification. 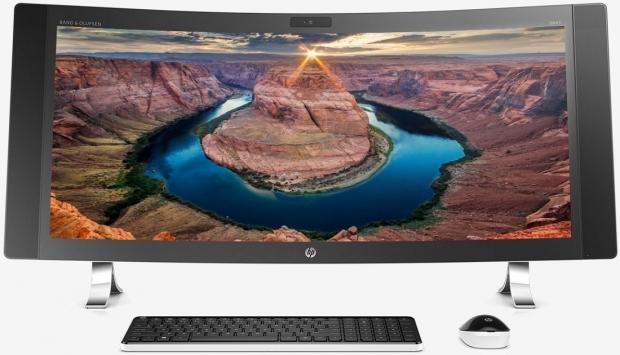 HP's new UltraWide AIO PC also has 99% of the sRGB color gamut for professionals, with six speakers being crammed into the AIO courtesy of Bang & Olufsen. HP will let consumers configure the Envy Curved All-in-One PC with Intel's new Skylake-based Core i5 or Core i7 processors, up to an NVIDIA GeForce GTX 960, up to 16GB of RAM, and various storage configurations. 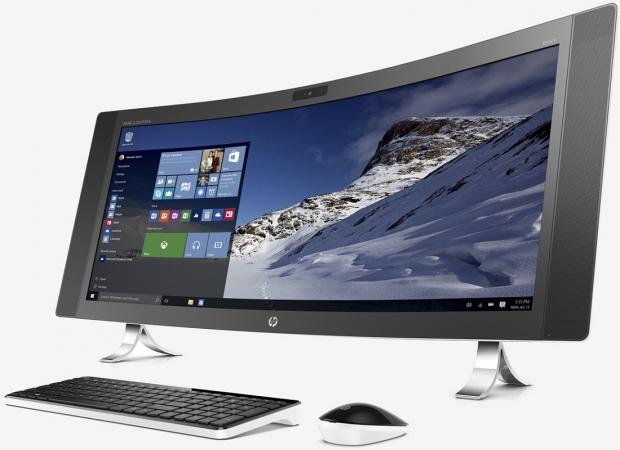 Windows 10 will come pre-installed, which shouldn't be a surprise now that Microsoft's latest desktop operating system is here. HP's new AIO PC looks to be aimed at professionals and non-gamers, but gamers can get in some decent gaming at 3440x1440 with a GTX 960 if they set their in-game visual settings to Medium.

HP will be selling the Envy Curved All-in-One PC starting from $1799.99 next month.