2014 has proven to be quite the lucrative year for Valve as reports indicate that the company's digital PC gaming storefront Steam raked in an estimated total of $1.5bn in total sales last year. 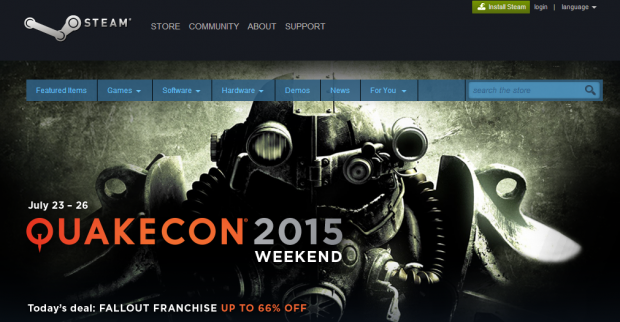 Valve's in-house mega blockbusters DOTA 2, Counter-Strike: Global Offensive and Team Fortress 2 were responsible for a considerable bulk of the figures, pulling in more than $450m profit across all three games.

Industry research company SuperData affirms that Valve also amassed $330m in royalties from third-party titles sold on Steam. As per company policy, Valve takes a 30% cut of each sale. Considering Steam has a library consisting of over 781 million games, and that the service hit a peak of 9.2 million users, it's no wonder Valve can pull in that kind of revenue.

All in all, SuperData projects a "conservative estimate" that Valve earned $730m in profit last year. The developer has yet to reveal its own official figures, however. It'll be interesting to see how Valve's earnings are affected by its multifaceted hardware outline, including the company's SteamVR virtual reality headset and Steam Controller.