With gamers across the world excited for the endless possibilities of Microsoft's upcoming HoloLens wearable, it looks like the first iteration of HoloLens won't be aimed at gamers, and instead it will be targeted towards developers and enterprise scenarios.

The news comes directly from Microsoft CEO Satya Nadella, during his recent interview with ZDNet, where he said that HoloLens will be "more about developers and enterprise scenarios". Nadella's statement on HoloLens rides directly from his demo on the wearable at Microsoft's Worldwide Partner Conference, where the CEO focused its concentration of HoloLens on tools like Autodesk and Maya.

Even with the big push of Minecraft on HoloLens at E3 2015 last month, the company isn't pushing HoloLens onto gamers anytime soon. Nadella added: "What we can uniquely do is bridge consumer to enterprise. That's in our DNA. I want every technology of ours to seek that out. In the HoloLens case, when I look at the interest, it's amazing how many are in hospitals, healthcare, retail. That's where I'm seeing the interest and we'll definitely go after it". He continued: "I wanted a hit game even for the new medium of mixed reality. And we will have that. Gaming will always be a scenario and there will be other entertainment broadly. But, with the V.1 of HoloLens, I want us to push a lot more of the enterprise usage". 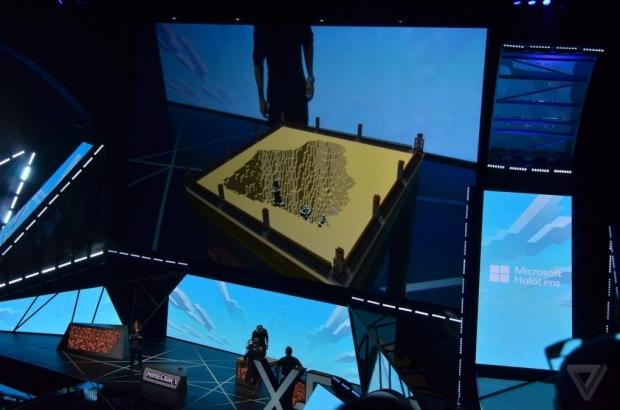