E3 2015 - During its press conference at E3, Microsoft announced that a new version of Minecraft, designed for the HoloLens wearable holographic platform, will be available to gamers. The launch date and price of HoloLens remains unknown, but it looks like Microsoft is doing a great job building hype for the upcoming headset.

Gamers will be able to interact in the Minecraft world with a new glimpse of the environment as they build, detonate TNT, and play with other gamers. As an added bonus, those of you wearing HoloLens will still be able to communicate and interact with gamers using a standard controller.

As with any virtual reality or augmented reality platform, the need for killer apps and software could help make or break the platform - and it looks like Microsoft wants gaming to be a major part of HoloLens. 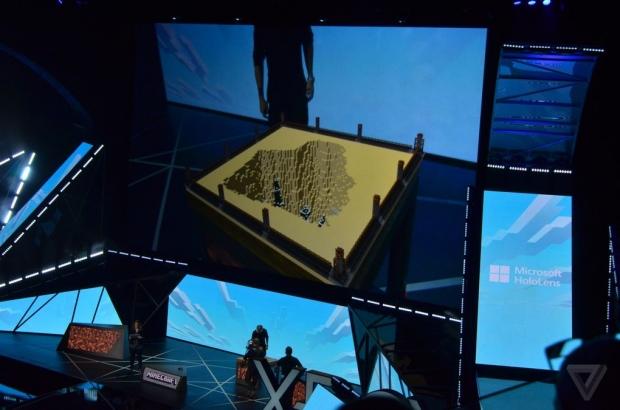