Our friends over at Legit Reviews were at the AMD event where the Radeon R9 Fury X was officially unveiled, taking in the beauty that is a triple 4K setup with a resolution of 11,520x2160. 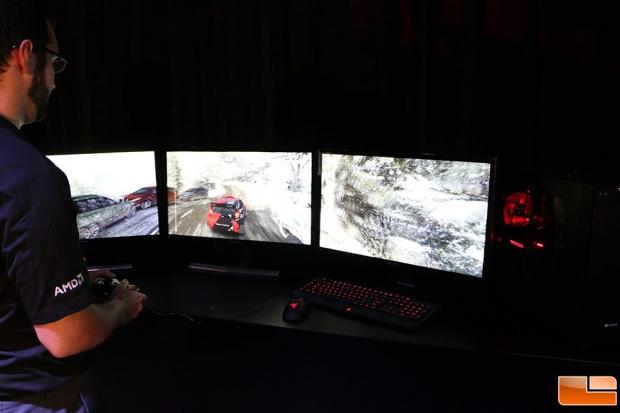 If you haven't heard about Fury X, it's powered by AMD's new Fiji architecture and uses High Bandwidth Memory (HBM). There's a 4096-bit memory bus with 4GB of HBM1 on it, with 512GB/sec of available bandwidth. We will have our Fury X sample arriving next week, so prepare for some very interesting tests to take place.