E3 2015 - Now that AMD has made its Radeon R9 Fury X official, we're finding out the official specifications behind the HBM-based, Fiji XT-powered video card. 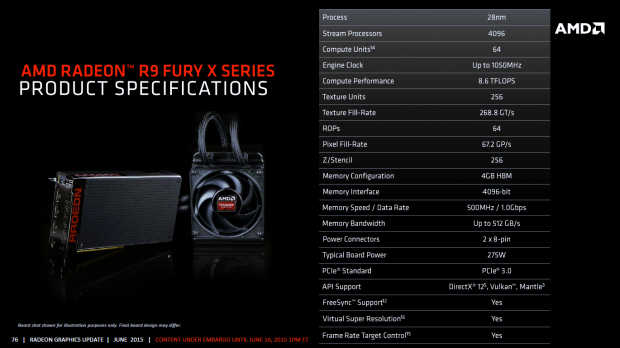 The total compute performance of the card sits at 8.6 TFLOPS with the GPU clocked at 1050MHz and the RAM at 500MHz/1Gbps. The texture fill rate on the Fury X is at 268.8 GT/s, with FreeSync, DirectX 12, Mantle, Vulkan support and much more.