We've known about the GeForce GTX 980 Ti for a while now, but VideoCardz.com is reporting that the upcoming Maxwell-powered card will definitely feature 6GB of VRAM, half that of the GeForce GTX Titan X. 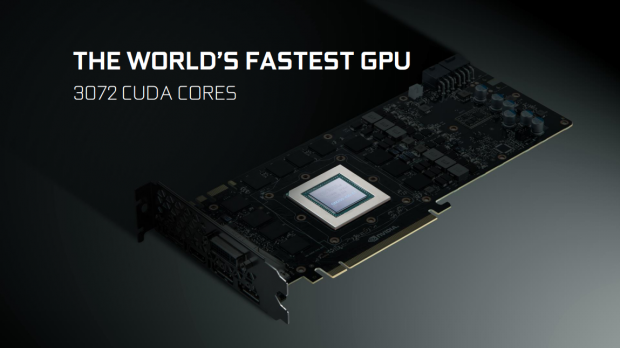 NVIDIA will be making the GeForce GTX 980 Ti very different from its bigger brother in the Titan X in one very big way: allowing AIBs to slap custom coolers on their GTX 980 Ti cards. This means we can expect everything from reference to watercooled and fan-cooled models, as well as heavily overclocked models, too.

VideoCardz.com has also confirmed that the GTX 980 Ti will feature the usual Maxwell display outputs: three DisplayPort, one HDMI and one DVI-I. The GTX 980 Ti will be powered by the GM200-310 GPU, but we don't know how that differs from the GM200-400 GPU, so we'll find out in the near future. NVIDIA will be using the GeForce GTX 980 Ti to battle the Fiji-based Radeon R9 390X from AMD, which should be launching in the next couple of weeks, rocking its own surprises.