After a limited worldwide theatrical release, the 2015 sci-fi thriller 'Ex Machina' is now opening wide across the world to positive reviews and now the film's distributor A24 has released a smartly edited trailer is littered with quotes from tech luminaries such as Bill Gates, Elon Musk, Larry Page and Professor Stephen Hawking over their concerns regarding artificial inteligence.

The r-rated micro-budgeted experimental film starring Domhnall Gleeson, Oscar Isaac (both to be seen next in 'Star Wars' sequel 'The Force Awakens' and Alicia Vikander and helmed by Alex Garland is earning much applause for its vision of the near future, earning an 88% fresh rating from aggregate reviewer Rotten Tomatoes. 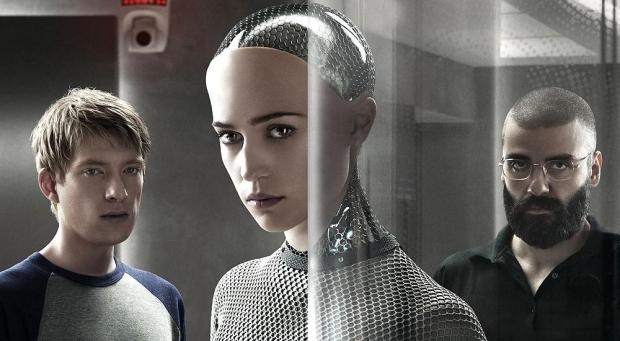 'Ex Machina' is now playing in the United States, and will hit select screens in Australia on May 7th.