Just in case you weren't sure if eSports and professional gaming is reaching the general public just yet, I want to remind you all about that one time this world-class CS:GO team got themselves their own chocolate bar. 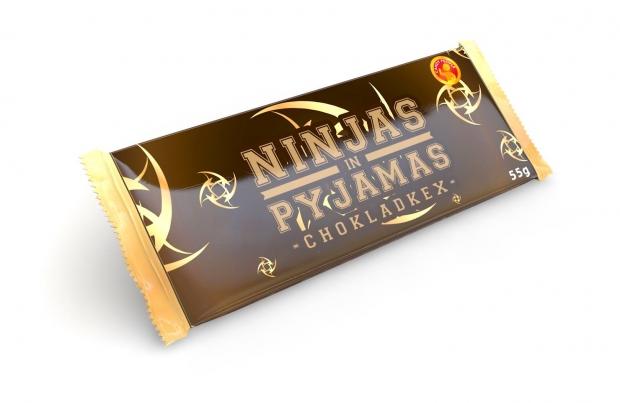 Ninjas in Pajamas (NiP) previously played host to the best CS:GO team in the world - by far, still managing to place highly in events, they once won 10 tournaments in a row without losing a single series to any team. Later on they developed into a larger organization, seeing a foray into League of Legends and Dota 2 expand them further into the market.

On April 2, 2014, the news was broken on their website that NiP would be collaborating with Candy People in order to produce their own chocolate bar product. Originally released as an April Fools joke, it was re-released as fact the day after.

We can't seem to find the bar on Candy People's website, so there's no saying if it's still in production. However the release by NiP states that interested retailers should send an inquiry email to info@candypeople.com.