NVIDIA had a huge year last year, ending the second half of the year launching its new Maxwell architecture, giving birth to the great GeForce GTX 970 and GTX 980 cards. Well, the company has just posted its Q4 FY 2015 results, with revenues of $4.68 billion, up 13% from 2014. 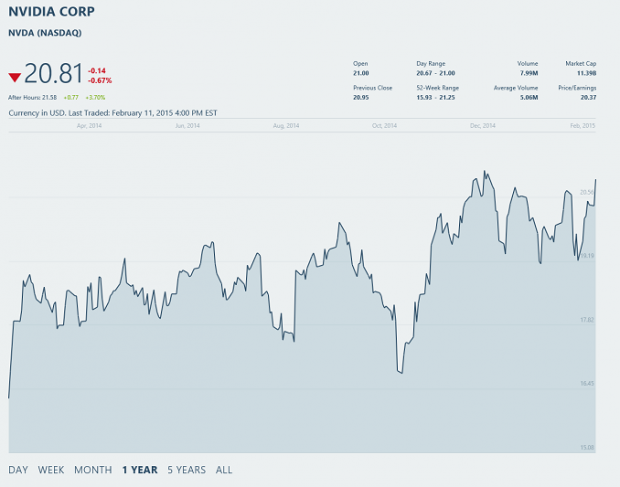 The mobile sector of NVIDIA didn't do too well, with Tegra sales falling over the quarter, after multiple quarters of increasing amounts of shipments. Tegra revenue was just $112 million for Q4 2015, down from $168 million in Q3, and $131 million from a year ago. This is a 33% drop in revenue quarter-over-quarter, and 15% year-over-year. Strong GPU sales were able to offset the slump in smartphone and tablet SoC sales, but the automotive sector for Tegra is doing well for the company. For Q1 FY 2016 (doesn't this get confusing, fast?) has the company expecting revenues of $1.16 billion, or so.