The Australian Communications and Media Authority is warning everyone to be careful when receiving emails that have anything to do with an "ISIS threat," after numerous reports of people becoming infected when opening emails containing the subject "ISIS attacks in Sydney?" have surfaced. 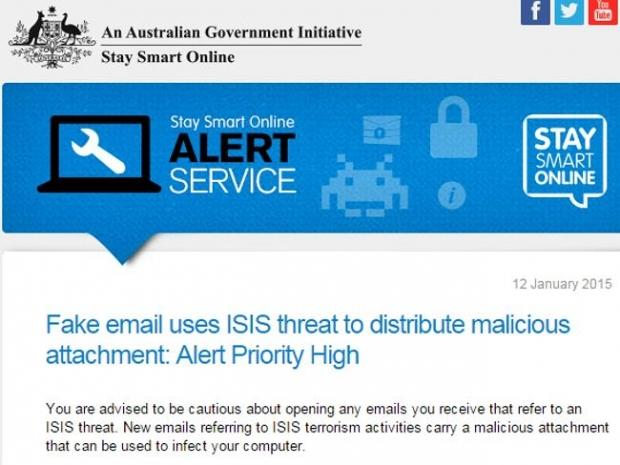 The Australian Government's Stay Smart Online service statement reads "new emails referring to ISIS terrorism activities carry a malicious attachment that can be used to infect your computer," further commenting that "clicking on the attachment could result in malicious code being installed that allows an attacker to take control of your computer."

The body of the email in question goes on to mention "ISIS has warned Australian Police today about new attacks in Sydney," further stating that "attached the places in word file which ISIS planning to attack in Sydney this year 2015."

If you notice this email, immediately remove it from your system.