CES 2015 - Diamond Multimedia is well known for their line of AMD GPUs, but recently they have started to focus more on peripherals of all sorts from 4K streaming devices to Wireless AC peripherals. To start off they are launching a powerful router, the WLR1200AC, which features dual-band (5GHz/2.4GHz) wireless 802.11AC. 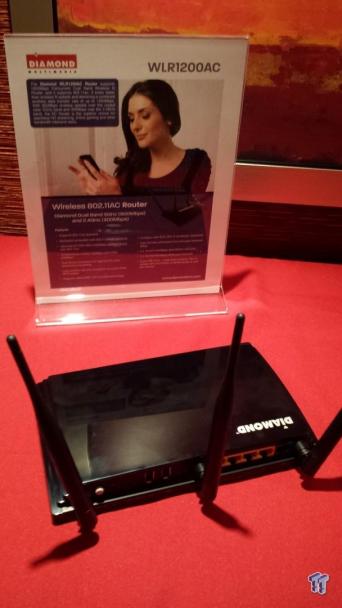 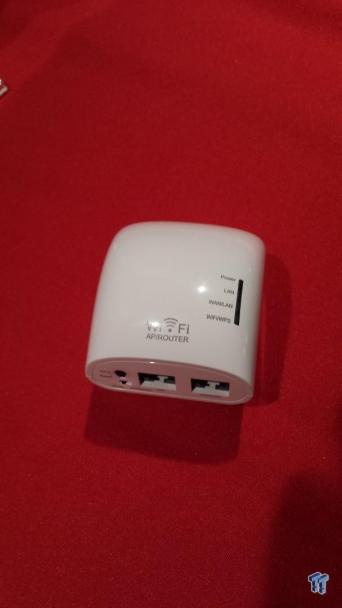 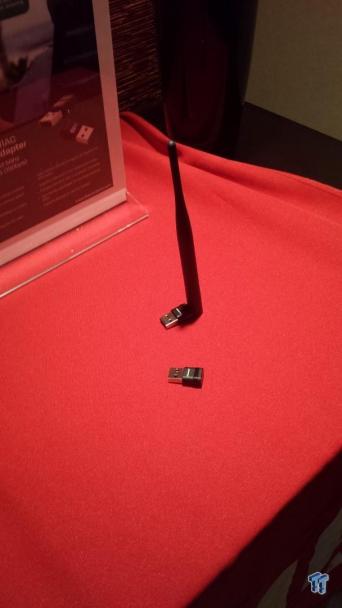 Here we have the WR750AC Dual Band Range Extender and WL600AC USB network adapter, which both support the new 802.11AC wireless standard. They also support dual band 5GHz/2.4GHz. The USB adapter comes in two versions, one with the antenna and one without. 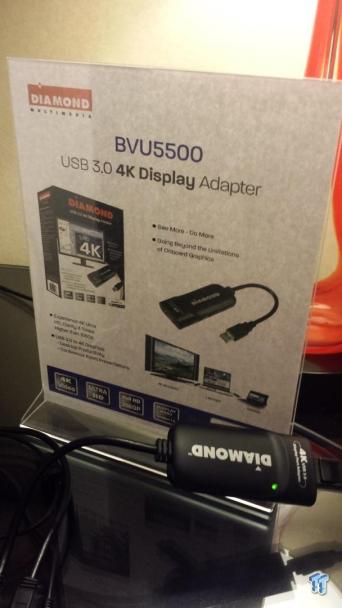 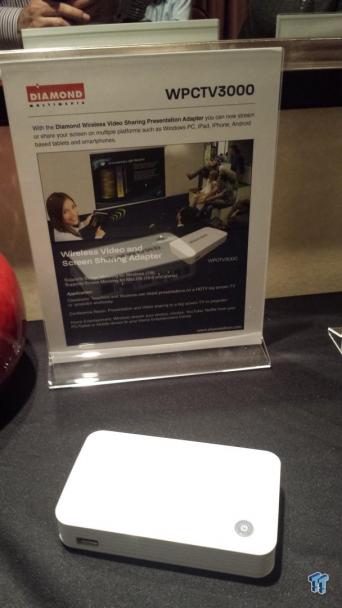 On the left we have the BVU5500 USB 3.0 4K display adapter which is a simple device that will allow you to stream to a 4K monitor from your laptop. Then on the right we have the WPCTV3000 4K video streaming device, which utilizes the latest wireless display technologies to wirelessly stream content to a 4K display. It also allows for multiple users to connect to it, which makes it great for wireless presentations where more than one user needs to display content. 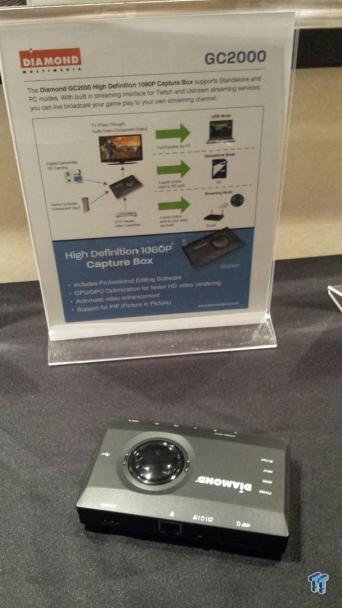 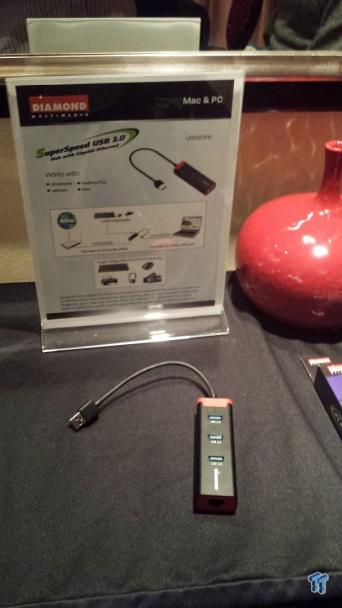 The GC2000 Capture box is an improvement on Diamond's previous GC1000, it features standalone (SDcard) and USB recording. It also features wireless streaming and supports Twich and Ustream. I was told that it supports microphone overlay recording in Windows. Diamond is also launching a USB 3.0 hub, called the USB303HE which also features an RJ-45 port for internet connectivity.