The Microsoft Windows 10 leaked consumer build (9901) indicates users will be able to enjoy an Xbox app, giving them access to friends list, Store, activity feeds, achievements, and additional features. Microsoft previously promised increased gaming integration into the Windows 10 OS, and this early build shows what the company has in mind. 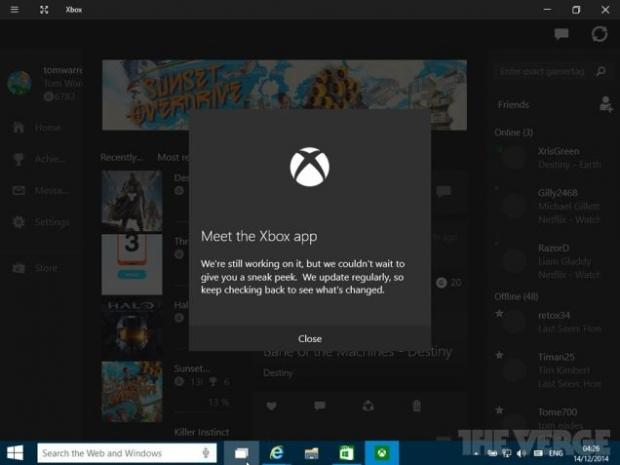 Meanwhile, Cortana in Windows 10 closely resembles the same orientation as Windows Phone, revealing Microsoft is serious about its efforts to make Windows similar across all platforms. Cortana was shown in early Windows 10 builds, but has been refined and looks significantly better in 9901, according to reports.

Microsoft will continue to promote its Windows 10 OS, as consumers and business users never truly jumped onboard the Windows 8/8.1 bandwagon.