Microsoft really made a name for itself with the Flight Simulator games, but after last year's free-to-play Microsoft Flight, all has ended for the game.... until now. Flight Simulator X: Steam Edition is coming, thanks to Dovetail Games. 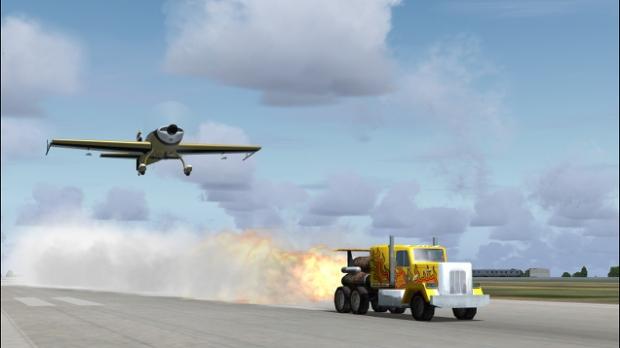 You've probably never heard of Dovetail Games, but they're the developer who released Train Simulator, and are now working on the re-release of FSX. The company secured the rights to develop games using Microsoft's flight simulator technology, with the deal including the rights to re-release FSX on Steam. You might think this is ages away, but Flight Simulator X: Steam Edition is coming soon, very soon: December 18, to be precise - or, a week from now.

Dovetail explains the game: "Microsoft Flight Simulator X: Steam Edition delivers an authentically accurate aerial experience for simulation enthusiasts and those with a passion for all things flight. Pilots can climb into the cockpits of over twenty aircraft, from commercial and fighter jets to single-engine private planes and helicopters. More than 80 missions will test players in a variety of ways, including search and rescue challenges, test pilot scenarios, races and more. The game features updated multiplayer functionality, Windows 8.1 support and over 24,000 airports, delivering a beautiful, connected world and vast horizon begging to be explored".