A California company has a novel approach to solve problems with delivering fast internet to remote and rural locations. The system can even deliver speeds faster than fiber in locations where laying fiber isn't a financially viable option. Lasers can beam signals up to 10km per jump by utilizing a technology called COR (Composite Optical RF). Each 10km span will merely end up with another repeater, and series of these can deliver up to 2 gigabits per second over amazing distances. 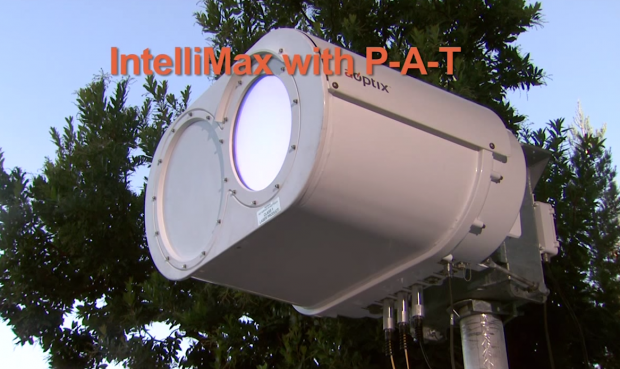 This isn't the first time lasers have been envisioned for backhaul internet applications, but the differentiator is the hybrid nature of the system. Inclement weather, such as rain, dust storms, and other factors, can disrupt laser transmissions. Fog can disrupt millimeter radio as well. The AOptix system also employs millimeter-wave radio in tandem with laser optics. Complex algorithms merge the laser and millimeter wave radio into one cohesive system that essentially provides fault-tolerance in inclement weather.

AOptix also envisions use in the financial sector because the system is actually faster than point-to-point fiber. Anove Technologies has also gotten involved in the project to help tailor it for use in the High Frequency Trading market. Other uses include easy-to-deploy emergency kits, which would come in very handy during disaster relief operations. Militaries will also likely find the technology very attractive. AOptix solutions include mobile backhaul, last mile access, fiber diversity, fiber extension, financial markets, and ad hoc networks.