Popular coffee shop chain Starbucks is rolling out wireless charging stations in the San Francisco Bay Area, and the effort is set to expand even further later on. Using Powermat Technologies, it would appear Starbucks could help bring wireless charging solutions to the mainstream - and it begins with its customers becoming more comfortable with wireless charging technology built directly into tables and bar tops. 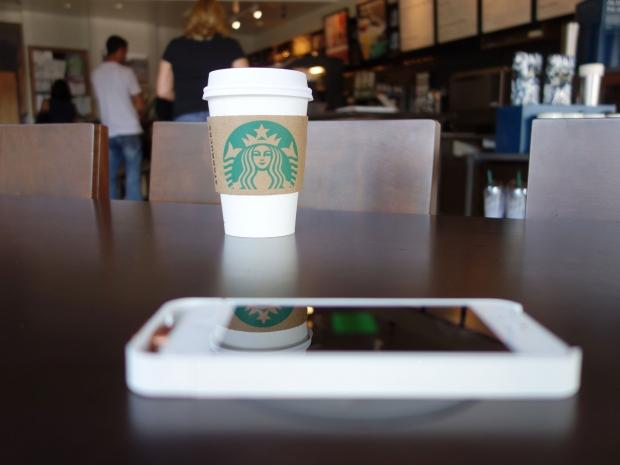 Powermat Technologies CEO Daniel Schreiber says the charging speed at Starbucks locations rivals cabled connections - and while there has been a large amount of criticism regarding speed - it seems faster than many people give it credit for. However, there are only a small number of phones that support Powermat directly out of the box, so Starbucks provides Power Rings for charging - a loan or $10 to purchase them - along with Duracell-Powermat providing them online.

"You've got to have a complete system," said Matthew Guiste, Starbucks VP of in-store digital services. "No one has taken the plunge, [but] we want to start giving manufacturers a reason to put it in their phones."