Amazon has just unveiled somewhat of a surprise to the world, in the form of an always-listening, waiting-for-your-command portable speaker: Echo. Amazon's Echo has a built-in virtual assistant, with Siri and Google Now-like abilities, which can help you out wherever your Echo is sitting.

Inside of the slick-looking black tube, we have a 360-degree-firing speaker, with a 2.5-inch subwoofer and 2-inch tweeter, capable of playing your music from a smartphone or tablet through Bluetooth. Echo is also able to play music online through your Amazon Music Library, Prime Music, TuneIn and iHeartRadio. 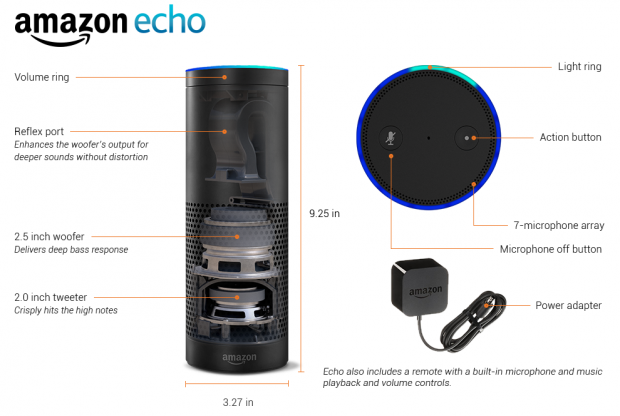 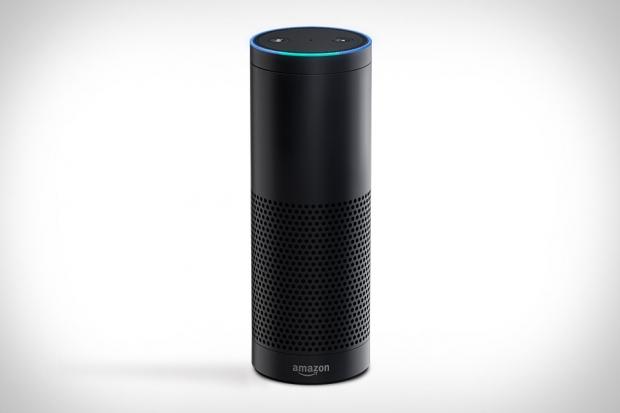 Echo has seven microphones that feature far-field technology, so it can hear you from virtually anywhere in your room. It can use voice commands to do a variety of tasks, such as playing your music (the most obvious one), get the news for you, answer your questions, create to-do lists, set timers and alarms, tell jokes and much more. You can access Echo from anywhere, thanks to its companion app, too. In order to wake it up, you just use a "wake word" that you've set it up with: for example, "OK, Jarvis" would work nicely.

Amazon is retailing Echo for $199, but Amazon Prime members can save $100 - but right now, it's an invite-only product. You have to visit Amazon's site and request an invitation to purchase it - somethign I've already done - with Amazon sending you an e-mail in a few weeks if you make the cut.