An incredible new technology created by a Silicon Valley startup would allow dispatchers some crucial details on when, and where police offers fire their weapons. Yardam Technologies' latest device would notify dispatchers in real-time when an officer's gun has been removed from its holster, when it was fired, and in which direction it was fired, as well as tracking the gun's location. 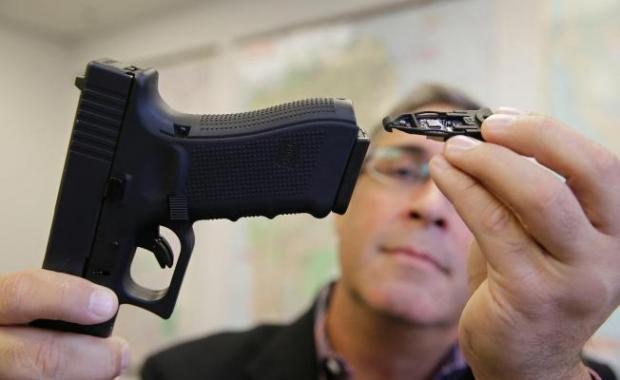 Phil Wowak, Santa Cruz County Sheriff is one of two officers testing the technology, saying it would allow the sheriff's office to see whether deputies are in trouble, and unable to ask for assistance. He said: "That's the worst nightmare for any police officer in the field". As it stands, this technology will not allow for a remote disabling mechanism, even though the company was showing off that technology in Las Vegas last year, it has since abandoned that effort.

In the previous iteration of the technology, it would've allowed a dispatcher, or someone else in control, to hit a button and safely disable the weapon. This would've come in handy in countless scenarios, such as when an officer drops their gun, is hit, or killed and their weapon can be used by the assailant. Jim Schaff, the Marketing Vice President of Yardarm Technologies didn't detail the reasoning behind removing the remote disabling feature, but the company has said that their latest technology is not out to create a smart gun, but is more "police gunfire tracking technology".