In ZAGG's Device Damage Study for June 2014, the company held a seven-minute online survey with 768 US residents who currently own, and use a smartphone or tablet. The data secured from this adventure showed some very interesting statistics, with 23% of people worried about losing, or having their smartphone stolen. 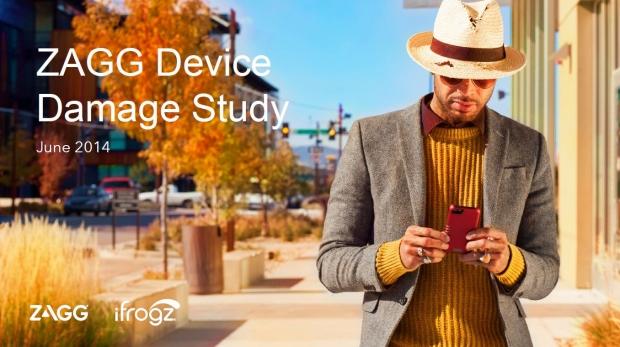 Cracked screens came in second with 16%, while breaking it or damaging it in general came in third with 15%. Out of the smartphone users who had their handset damaged, 38% of those said the damage happened from a drop or fall, with 26% saying they had some form of water damage. The water damage is interesting, as this splits into four categories: fell in water, got wet, spilled drink/fell in drink, and fell in toilet. 6% of those who participated in the study said they dropped their smartphone in the toilet.

ZAGG's study showed that from the 768 people who took part in this research, 49% of those with damaged phones either replaced the handset completely, or had it fixed. Another scary number is that 48% of those in the study were still using a damaged smartphone, which is close to the same number as those who actually have a protective case on their phone.