Some exciting news for the Marvel Cinematic Universe, with Robert Downey Jr. reportedly "on the verge" of signing up for Captain America 3. Downey Jr. will reprise his role as the infamous Tony Stark, or Iron Man, for Marvel's upcoming movie, which will go head-to-head with Batman vs. Superman: Dawn of Justice, which screens a few months earlier - moving its debut two months away from Captain America 3. 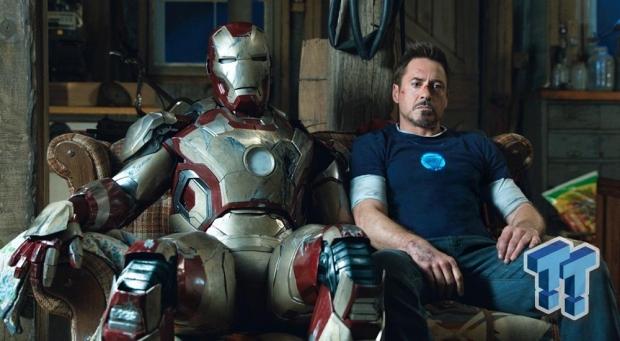 Downey Jr. teased the news during his interview with Howard Stern, a move that could really change into a new phase of movies from Marvel. JoBlo also reports that this could "bring on the "Civil War" storyline from the Marvel Cinematic Universe". Continuing: "The plot has Stark ging against Captain America's alter-ego Steve Rogers, played by Chris Evans, as they feud over the Superhero Registration Act, which forces anyone with superhuman abilities to reveal their identities to the U.S. government and agree to act as a police force for the authorities. Stark supports the program, but Rogers does not, saying it threatens civil liberties, causing sides to be taken and Rogers, among others, to go on the run to avoid arrest. The moral question and battle with his Avengers teammate essentially makes Stark a villain of sorts in "Captain America 3," providing Downey with a meaty role he could play out into future Marvel films, including a fourth 'Avengers.'".