Microsoft today unveiled its Windows 10 operating system, a push into the future to try and help desktop and PC users forget about the Windows 8/8.1 debacle. During an invite-only event in San Francisco, the company showed off Windows 10, which mixes live tiles with the familiar UI of Windows 7, including a Start menu and taskbar. The "Metro" start screen and the regular Start Menu of older versions of Windows have been blended together, to provide a more cohesive user experience. 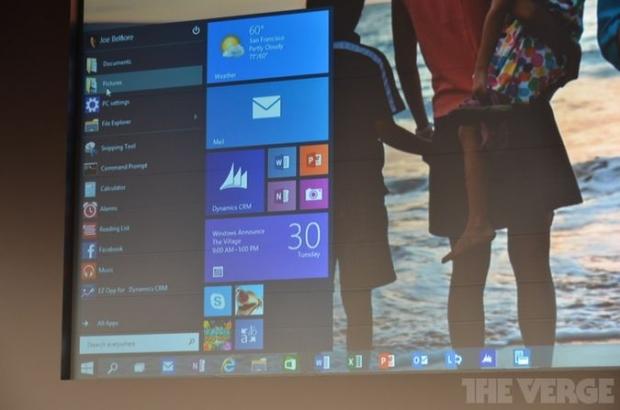 Starting tomorrow, Microsoft will open up a Windows 10 technical preview for PCs and laptops, with additional device support expected in the near future. The company hopes to make a transition from Windows 7 to Windows 10 much more comfortable than the headaches that followed many users as they tried to embrace the touch-centric Windows 8/8.1. Additional details about the OS will be unveiled in early 2015.

Microsoft chose to skip the Windows 9 name and help usher in the idea that its OS needs to be robust and compatible with a wider variety of different products:

Microsoft Windows 10 should be available by late 2015.