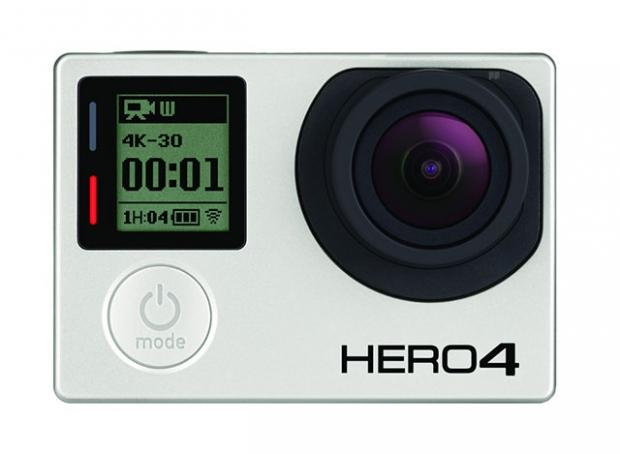 GoPro has improved the audio capture on the new Hero4, which captures twice the dynamic range. The front of the new GoPro features its expected ultra-wide angle glass lens, with three different field of view settings available: Ultra-Wide, Medium and Narrow. New manual settings make the cut, with color, ISO limit, exposure and much more to tinker with. It's waterproof at up to 131 feet, or 40m, has built-in Wi-Fi, Bluetooth, exposure settings for nighttime shooting, a "HiLight Tag" feature for marking key moments in footage, a QuikCapture feature which powers up and starts recording with a single press, and auto low-light features. 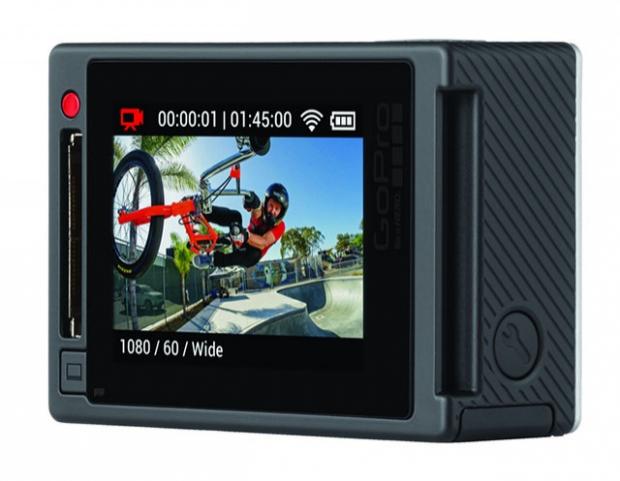 The new Hero4 Silver features a built-in LCD touch display, but isn't capable of shooting 4K at 30FPS. It will however, shoot video at 4K, but with a knocked-down frame rate of just 15FPS.

The new GoPro cameras will be made available on October 5, with the new Hero4 Black priced at $499.99, the Silver priced at $399.99. The Hero4's are compatible with all previous GoPro mounts and accessories.