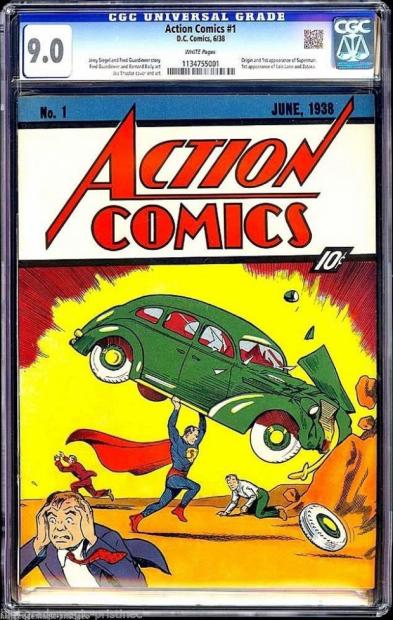 The seller, Darren Adams who is based in Federal Way, Washington, explains that his copy of Action Comics #1 is "The finest known copy of the most sought after comic book in the world. A 1938 museum piece with PERFECT WHITE pristine pages". Adams said that he purchased it from a collector who had stored it in a bank vault. He adds: "I'm hoping that the next person can enjoy it as much as I do. I'd love it if a museum purchased this book for all to see".

Back in 2011, another copy of Action Comics #1 sold for $2,161,000 - with this copy reportedly belonging to Nicholas Cage, who is said to have purchased the comic for $150,000 in 1997. Funnily enough, Cage was in the running to star as the Man of Steel in the now-scrapped, thankfully, Superman Lives from around the time Cage purchased the copy of Action Comics. Bidding started on August 14, and will end of August 24, with 1% of the proceeds going toward the Christopher and Dana Reeve Foundation, Reeve playing Superman in the original Richard Donner movies, as well as Superman 3 and 4.