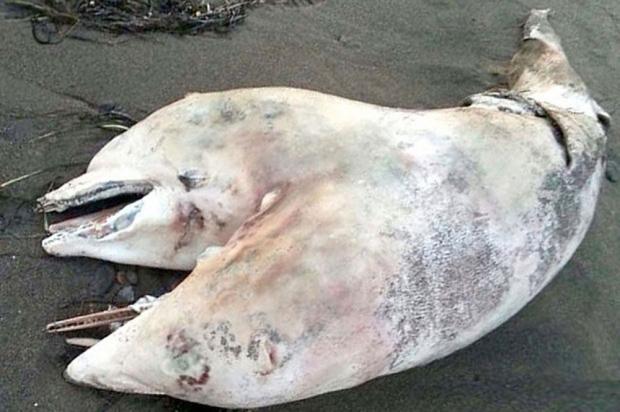 It's unclear exactly how long the bizarre looking conjoined dolphin lived, but estimates are that the animal was about 12 months old and it was 3.2 feet long. The dolphin washed up on a beach in Turkey and one of the creature's eyes was not fully formed according to the man who found the corpse.

The deceased dolphin will be studied by a marine biologist names Mehmet Gokoglu from Akdeniz University. The scientist says that a conjoined dolphin is very rare.