The latest numbers from market research firm Strategy Analytics for Q2 2014 see that Google is completely dominating the mobile OS market, with Android hitting a global market share of 84.6%, up from 80.2% in the same quarter of last year. 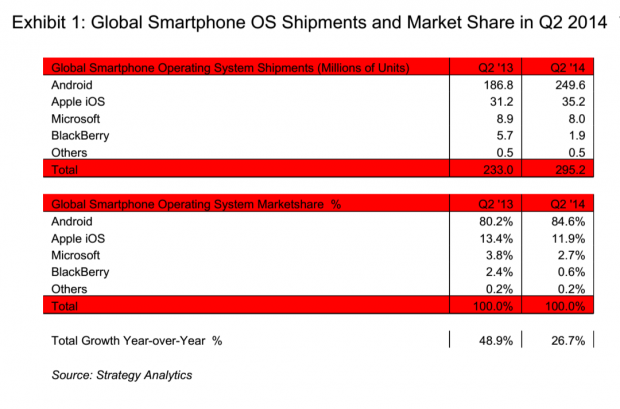 When it comes to smartphone manufacturers, Xiaomi has become the world's fifth-largest brand, which has Strategy Analytics calling the company a "star performer" for taking control of 5% of the global smartphone market by shipping 15.1 million units. Samsung is still number one, with 74.5 million smartphones shipped in Q2 2014, down from 76 million units in the same quarter of 2013. Apple shipped more units this year, hitting 35.2 million shipments, up from 31.2 million in Q2 2013.