We only just reported that most of Crytek's leadership at its Texas, US-based studios had left, but now we have just found out that Deep Silver have acquired the rights to Homefront: The Revolution from the struggling studio. Deep Silver will continue development of the game at its new Nottingham-based studio. 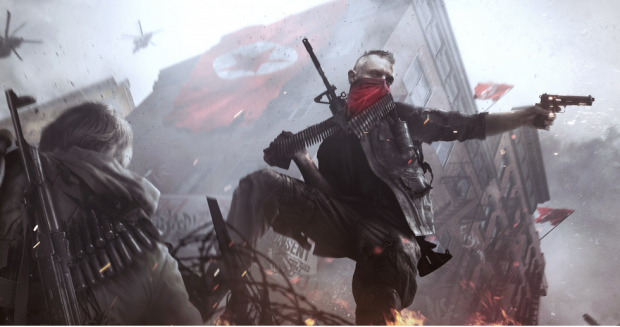 A new studio called Deep Silver Dambuster Studios will now get to work on Homefront: The Revolution, which is still expected to launch in 2015 for the Xbox One, PS4 and PC. Hasit Zala, who was the Director on the game with Crytek, left Crytek a few weeks ago, but has reemerged as the lead for the game at the new studio.

Crytek only purchased the rights to Homefront from THQ during its bankruptcy in early 2013, but are now going through their own financial issues. Crytek's press release on the matter explains: "Firstly, Crytek has been in extensive discussions with leading producer and distributor of digital entertainment products, Koch Media, regarding the acquisition of rights for the "Homefront" IP. On completion of the proposed acquisition, the Homefront team from Crytek's Nottingham studio would transfer their talents to Koch Media in compliance with English law and continue their hard work on upcoming shooter, "Homefront: The Revolution". Both parties hope to finalise and implement a deal soon".