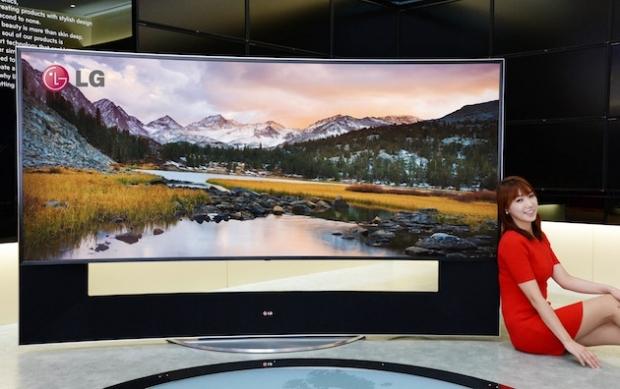 LG is calling its unit a 5K TV, as it runs a resolution of 5120x2160, with something LG calls CinemaScope 21:9 aspect ratio. We're looking at nearly the same price as the Samsung unit, driving up into a price of $117,000 - so this is for the rich and famous, or the 1%. It has an integrated speaker which makes it better value for money, and yes I'm kidding with that last part about it being better value for money with the integrated speaker.