After what has felt like years of teasing, Cyberith has finally placed its immersive VR gaming device on Kickstarter, known as the Virtualizer. The Virtualizer is a locomotion device for virtual reality gaming that allows gamers to move freely within the VR world.

The Virtualizer has been in development for two years now over at Cyberith, but now it is on Kickstarter. The cheapest way to get your hands, or body into the Virtualizer is to pledge $599. For $599, you get the Virtualizer without the sensors, which is a kit that is "specifically targeted at developers and researchers who want to track movement with/via different sensor solutions like optical tracking or the PrioVR Suit from YEI Technology".

For $699, you're getting the real deal: the Virtualizer. This is the early bird special, with the first 150 backers receiving their Virtualizer for a special price. On top of this, these 150 backers will have their name registered in Cyberith's hall of fame as VR pioneers. The Virtualizer has a current ETA of March 2015, but this could charge for various reasons. 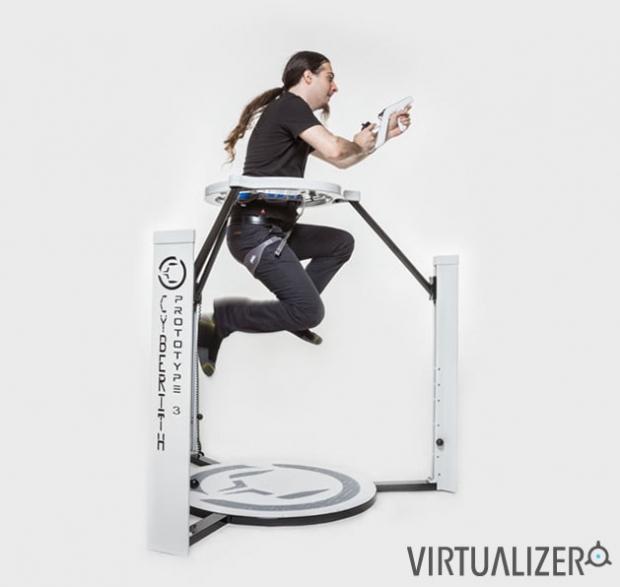