Apple has quietly opened a store on eBay to sell certified refurbished iPhone 5 smartphones that are unlocked. All of the smartphones on this particular store are GSM version of the iPhone 5. The smartphones include a one-year Apple warranty and are being sold at aggressive prices. 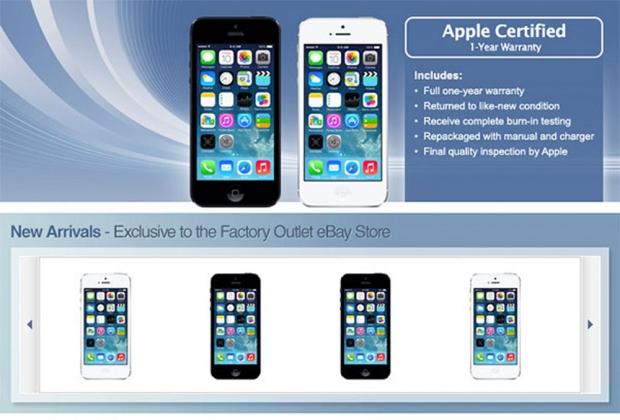 The Apple store is called the Factory Outlet eBay Store and has six devices listed in factory restored and unlocked guise. iPhone 5 model on the store sell for between $449 and $499 per device.

The phone models on the eBay store are exclusive to the store. Devices are noted to be burn-in tested and professionally repacked with a final inspection performed by Apple. It's worth noting that ahead of the official launch of the latest iPad in 2013, a similar store popped up for refurbished older iPad models and disappeared before the launch of the new tablet.