We've been through a crazy week or so with Ubisoft, with the company deliberately gimping the PC version of Watch Dogs, claiming that the next-gen console version of Far Cry 4 will be equal to "Ultra High" settings on PC, and The Division being locked at 30FPS. Can it get any worse? Yes, yes it can. 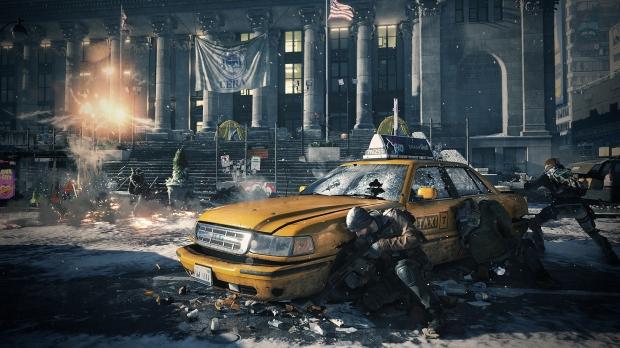 GameSpot recently interviewed the studio behind The Division, Massive Entertainment, which had some interesting things to say. When asked about "making a console game after spending so many years in the PC space", Ubisoft Massive Managing Director, David Polfeldt said: "We were a very, very hardcore PC gamer studio before. And we never understood the previous generation of consoles very well from a technological standpoint. But then when we saw the specs for this generation consoles... I remember we had a meeting at Massive and we just looked at each other and said 'Is this what I think it is?!' 'Is this our home turf?' Because on this hardware, we can be excellent; we can be one of the best. And as soon as we had that, we just started focusing on this generation of consoles like crazy".

So in that quote, we see that Massive went from being a "very, very hardcore PC gamer studio" to "focusing on this generation of consoles like crazy" after Massive saw what would be powering the next-gen consoles. In the quote above, Massive talked about next-gen consoles, saying that "because of this hardware, we can be excellent; we can be one of the best". The proof is right there.

Another nugget of information, is that Massive states that the Snowdrop engine that powers The Division is "enormously tailored to the current generation of consoles". Remember, that The Division is not coming to the Xbox 360 or PS3, but is exclusive to the Xbox One, PS4 and PC.