E3 2014 - Ubisoft is dominating E3 2014 this year, with Far Cry 4, Rainbow Six: Siege and now a truly next-gen title in Assassin's Creed: Unity. The studio showed off quite a few trailers to the game, with a cinematic trailer for your viewing pleasure below.

Below, we have some actual gameplay footage, which is a better indication of how it will look and play to gamers.

It looks quite incredible, a huge jump technologically from the previous Assassin's Creed games. This is thanks to Ubisoft not having to scale the game down to previous generation consoles, better harnessing the extra grunt found in the PS4 and Xbox One. Assassin's Creed: Unity will launch on October 28 for next-gen consoles and PC, which will include four-player cooperative play, which should be a blast! 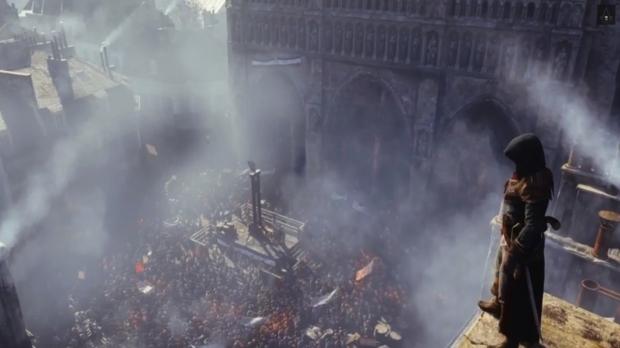