E3 2014 - Below, you'll find six minutes of the first footage from Rainbow Six Siege, the latest entry in the Rainbow Six franchise from Ubisoft. The footage is pre-alpha, so it's quite early stuff right now, showing off a multiplayer match between teams named Rogue and Raven.

Ubisoft Montreal is the studio behind Rainbow Six Siege, with the tactical first-person shooter dropping on the PS4, Xbox One and PC sometime in 2014. Ubisoft is using a proprietary engine called Realblast, something that is capable of delivering real-time, unscripted destructibility within the game's environments.

Creative Director of Ubisoft, Xavier Marquis, has said: "As fans of Tom Clancy's Rainbow Six and tactical shooters in general, we set out to create the game we always wanted to play within the counter-terrorism universe. We asked ourselves 'how could we capture the incredible tension and unique tactics of these confrontations?" 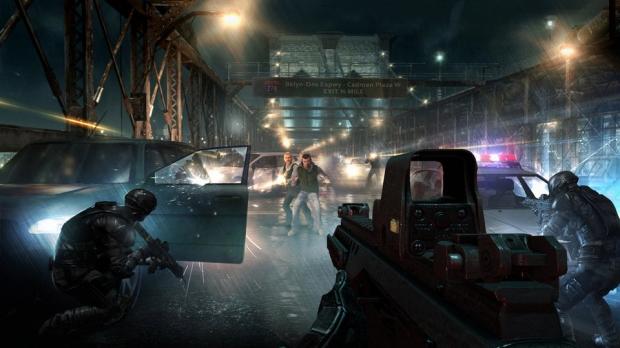