Computex 2014 - ASUS had a huge section dedicated to the Republic of Gamers line at Computex this year; a series that has become extremely popular over the last few years combining quality and performance. Sitting at the top of we have the Maximus VII Formula for people wanting something that truly stands out. 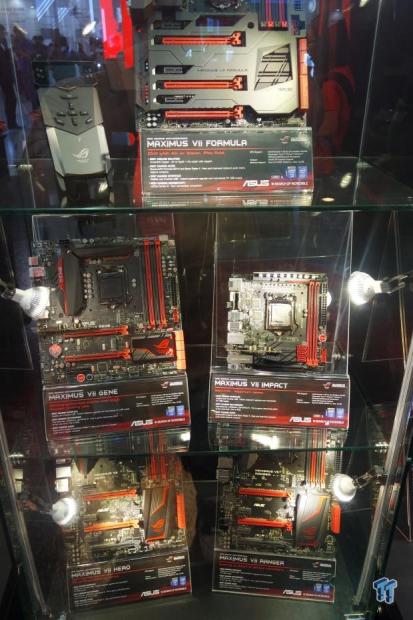 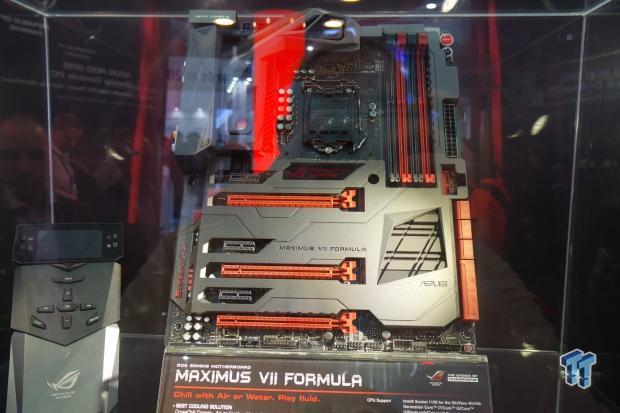 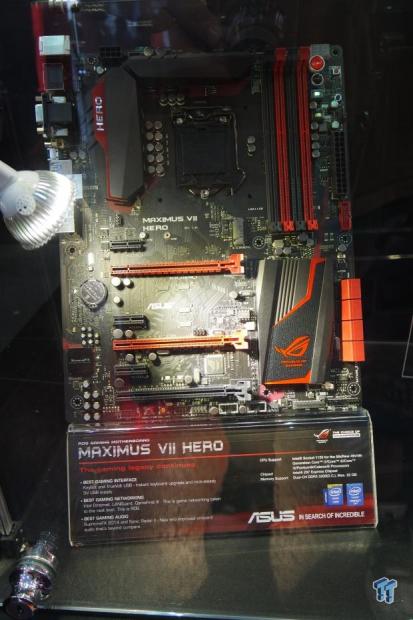 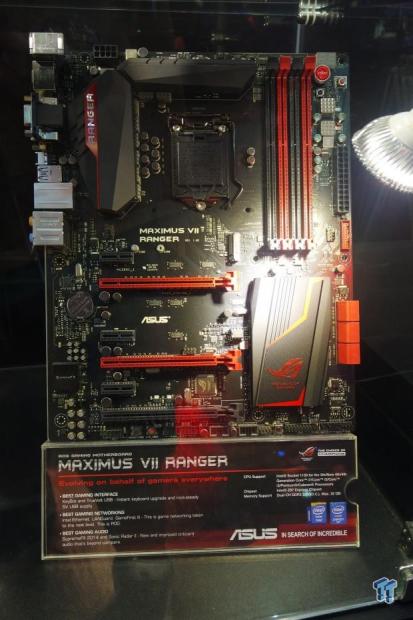 Moving through the rest of the boards we've got the Hero and Ranger version of the boards for people wanting an ATX motherboard but don't quite need the features that are associated with the Formula. It was towards the middle of the cabinet that our attention was drawn, though, with two smaller boards being shown. 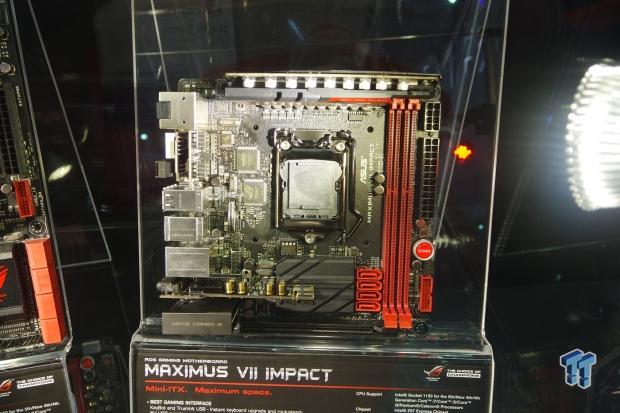 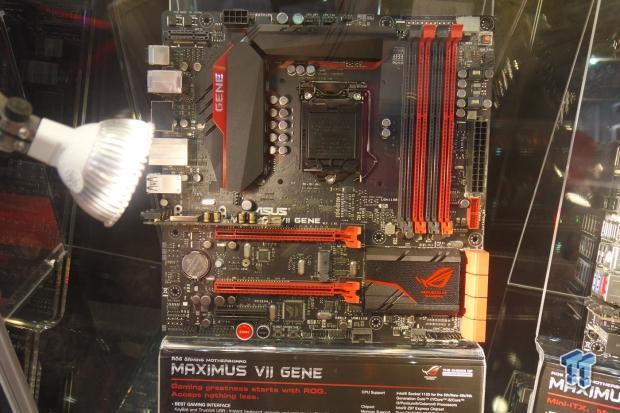 In the middle and to the left we have the mean looking GENE version of the Maximus VII which of course translates into a mATX motherboard. If that's still too big for you, though, the mean looking Impact version might be just what you're after. Keep an eye for reviews of some of these ROG boards in the coming weeks and months as ASUS sample us.