Epic Games recently released its 4.1 update where it provided details of its plans that will help any independent game developers who wish to make a game using Unreal Engine 4.

Epic Games' Unreal Engine 4.1 is now available to the public and indie developers, provided they're signed up in its $19/mo subscription plan. The company also said that the designers could be eligible for some free tools for indie developers to make games.

They've also mentioned in its notes that it will be providing full support for SteamOS and Linux, therefore giving more choice and platform options for indie developers. This move made by Epic will provide easy options for those game developers who wish to have their games powered by Unreal Engine 4 beyond Windows powered PCs, and even for Sony PS4 and Xbox One. 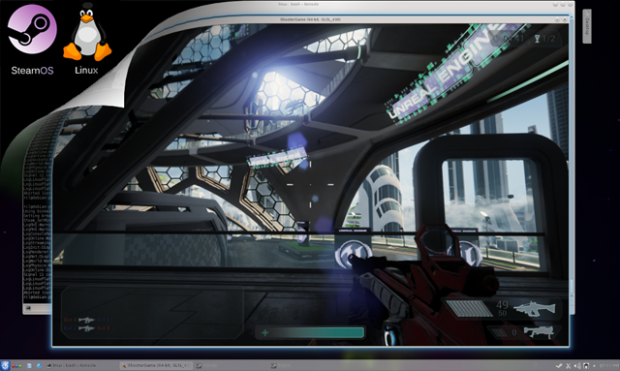 It was a month ago when Epic Games released source codes and tool sets for its Unreal Engine 4 This way, it can attract developers and even individual game designers to adopt the engine. Now that SteamOS and Linux is added as a list of supported operating systems and gaming consoles, this will attract a lot more developers than just mainstream game designers. At the end of the day, it should also help to push the adoption of Linux as a choice of OS for gaming systems, provided its taken advantage of.