GIGABYTE is really expanding its BRIX lineup of small form factor PCs, with the latest one powered by an NVIDIA GeForce GTX 760 GPU. Not only that, but it had an Haswell-based Core i5 processor, too. 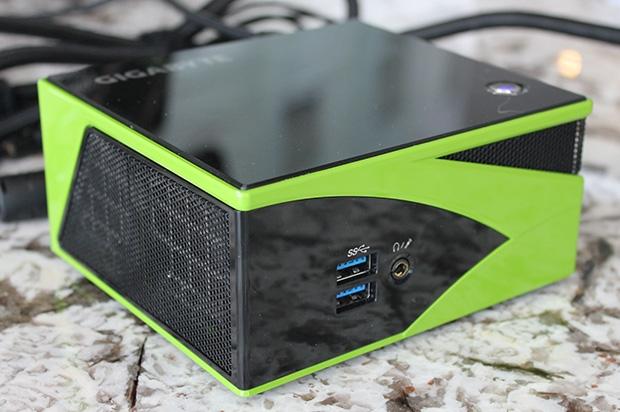 Inside of the new BRIX was an Intel Core i5-4200H processor at 2.8GHz (up to 3.4GHz thanks to Turbo), with a 47W TDP. As for the desktop-class GPU, the GeForce GTX 760 has a total TDP of 170W, so we should expect some serious heat to be pushed out of this particular BRIX. Inside, we have dual SO-DIMM slots, support for both mSATA and 2.5-inch drives, 802.11ac Wi-Fi, Bluetooth and Gigabit Ethernet.

On top of that, we have four USB 3.0 ports, dual HDMI outputs, and a miniDisplayPort output. We should expect the GeForce-powered BRIX PCs to roll out sometime next month, with the company teasing a Core i7-based BRIX being available soon. We should see much more on the BRIX PCs as we get closer to Computex which kicks off in early June.