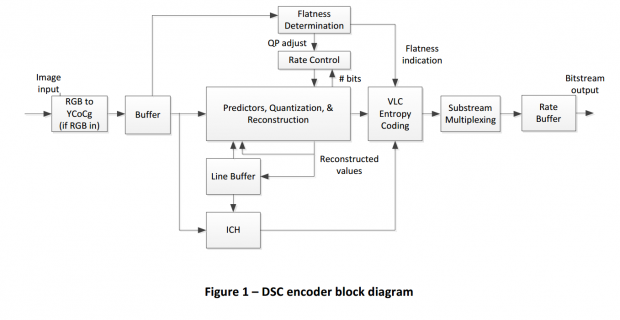 "We are pleased to have contributed to the development of the DSC standard through our liaison agreement with VESA," said Joel Huloux, Chairman of the Board, MIPI Alliance. "We came to the same conclusion, regarding the need for a video interface compression standard, and realized that both organizations and the industry would benefit through this collaborative effort. DSC enables a single codec for system chips that have multiple interfaces."