We've heard so many rumors that Apple would release a new iPhone this year, while other rumors point to two new iPhones to be released from the company. Well, now we have KGI Securities analyst Ming Chi Kuo predicting that the company will release two 'all-new design' iPhones, coming in 4.7- and 5.5-inch variants. 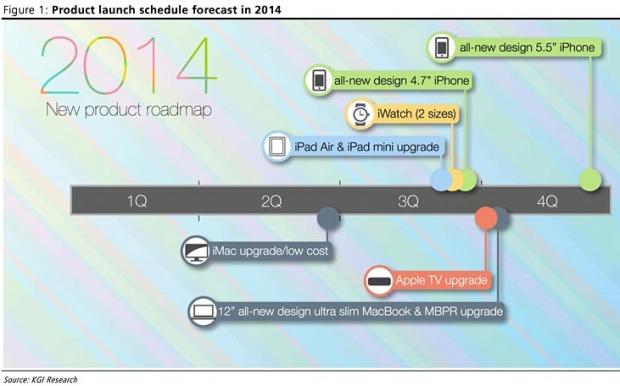 The 4.7-inch iPhone would be released sometime in Q3, where we should see it unveiled toward the end of September - but then there's the case of the second iPhone. This iPhone would be much bigger, sitting at 5.5 inches, and would be released toward the end of this year. There's not much known about this 'all-new design', but I'm expecting a big departure from what we're used to from the iPhone - and it's about damn time.

Considering we already had a "newly designed" from the ground up with the iPhone 5, what was all of that about when Apple did that? After five years of no changes to the iPhone, we had a big change. But now that Samsung has become an almost unstoppable threat for the company, Apple has been forced to go back to the drawing board it seems. Gone are the days of marketing videos pushing that you can use the iPhone with just one hand, and that any other phone that makes you do this is inferior.

Apple shifting gears and releasing not one, but two flagship devices is an interesting move. It is something I think we've needed to see from the company for quite sometime, and even at the end of this year - it might be too late. Not only does the physical phone need an 'all-new design', but iOS needs a huge revamp if it wants to truly compete with Android.